Posted on October 19th, 2016 in General News, News
The Falcon boys soccer team defeated Center Grove 1-0 to advance to the Semi-State round of the IHSAA State tournament.  The winning goal was scored by Senior Noah Nash with 17:30 left to go in the game.  This is only the second time in school history that the Falcons have won the Regional title.  The first Regional title was won in 1997.
The Falcons will travel to Jeffersonville High School on Saturday, October 22nd.  They will take on North Central at 10:00 a.m.
The Semi-State Championship will be played at 7:00 p.m. 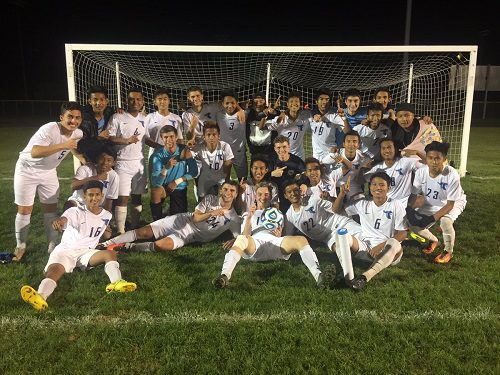