Posted on May 9th, 2016 in Achievements, Featured, General News
The Perry Township School Board awarded it’s highest annual volunteer honor during Monday evenings board meeting. Superintendent Dr. Thomas Little, Jr. presented the 2016 Jim and Vivian Leach Volunteer Award to Mr. Doug Shinkle. Mr. Shinkle has been volunteering at Homecroft Elementary for the past four years coordinating volunteer efforts between his church, Southport UMC, and the school. Those who nominated him say Doug makes weekly visits to work with students in all grade levels and that he is often seen in the cafeteria eating lunch with students. School leaders say he serves as a role model and provides much needed connections that many students need in their lives. Through his efforts many volunteers have been provided to the school to help with after school activities including After School Achievers and Successmaker Clubs. Under his leadership many students and families in need of essential items such as clothing and groceries have been helped. “We strongly believe that without the support of this man and the volunteers from SUMC Homecroft would not have attained their “A” rating for the last two years”, says Homecroft Principal Jody Matthews.
The award is named after Jim and Vivian Leach who’s tireless volunteer efforts have helped make Perry Township Schools an outstanding school district.
Congratulations to Mr. Doug Shinkle who is holding his award accompanied by Jim and Vivian Leach and Dr. Little. 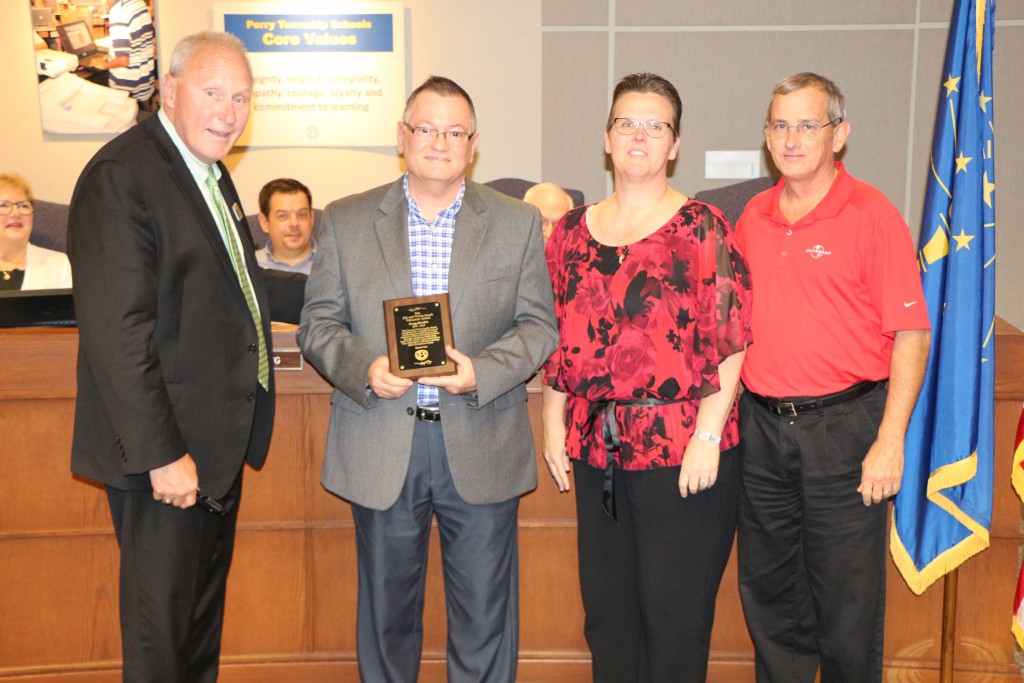