Under the new leadership of Head Coach, Chris Etherington, the Men’s Falcon Swim team won its season opener & first home meet against the very tough and talented, Warren Central Warriors.  The Warriors had the lead for the first half of the meet and after the diving portion was completed, the falcons turned up the heat and dominated the 2nd half.  Final score; Falcons 99, Warriors 81. 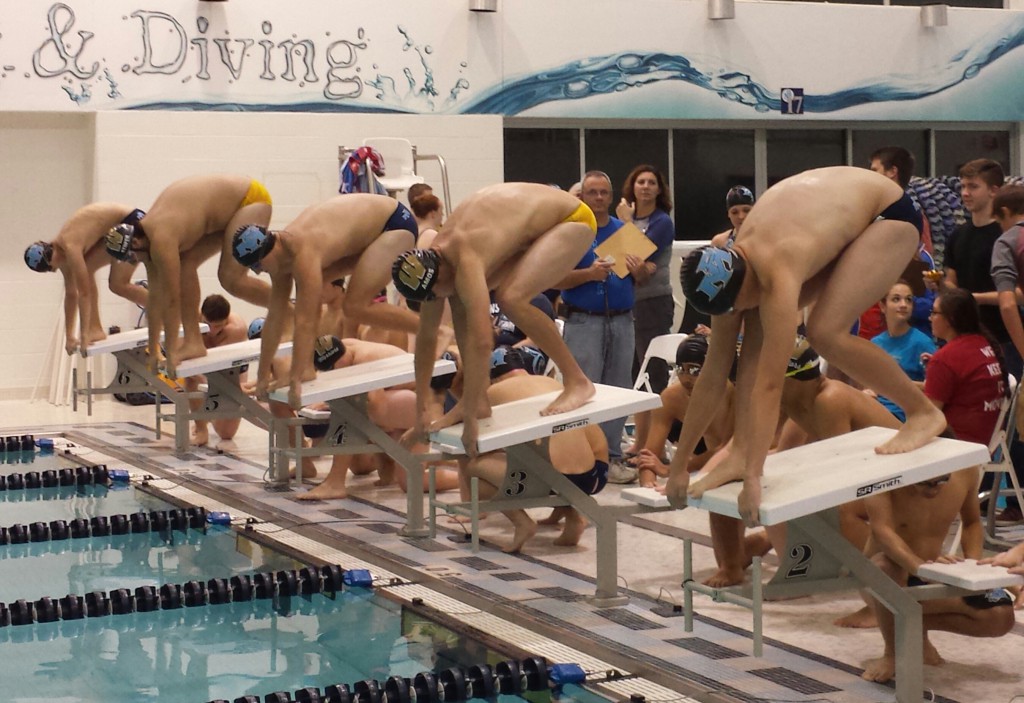