Heather’s Voice night will take place at Perry Meridian High School Tuesday evening January 19, 2016. The event is to honor the late Heather Norris, a former PMHS basketball player who died in 2007 as a result of domestic violence.

Heather’s mother, Debbie and assistant coach Howard Ely, went on WTHR Channel 13 Eyewitness News at Noon, with Scott Swan, Tuesday to promote the event which will include a silent auction to raise money for a scholarship in Heather’s name. Norris played for the Lady Falcon’s from 2001-to-2005. She was tragically killed by her boyfriend at the age of 20. “Everyone who was on the team at that time loved Heather and know that this didn’t have to happen”, said Head Coach Mike Armstrong “We want to do our small part in hopes this never happens again”. By sharing Heather’s story Perry Meridian hopes to raise money for the scholarship that is awarded in Heather’s name each year. In an effort to continue raising awareness of the impact of domestic violence Heather’s mom started the organization known as“Heather’s Voice”. As part of her former teams ongoing effort to be vigilant in combating domestic violence the Lady Falcons leave a purple chair at the end of their bench for every home game as a vivid reminder of Heather’s life.

The silent auction and a miracle minute will take place during Tuesday’s girls’ basketball game. Perry Meridian will continue the action and take donations during the boy’s game on Wednesday the January 20th.

WHY: The help raise scholarship money and awareness about the horrors of domestic violence

Sample of items up for auction include:

-Packages from IMS, Bob and Tom and Local Hair Salon 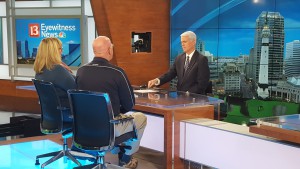 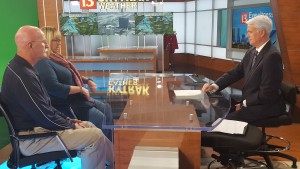