Posted on October 8th, 2015 in Featured, General News
On Saturday September 5th, the Southport Armed Forces Cadets of Southport High School led in 178 veterans of the Korean War and WWII who were returning from the Indy Honor Flight to a celebration in their honor at Plainfield High School. Some cadets presented the colors for the veterans, others assisted the veterans and presented the veterans to their families and a cheering audience. Honor Flight Network is a non-profit organization created solely to honor America’s veterans for all their sacrifices. They transport our heroes to Washington, D.C. to visit and reflect at their service memorials. Top priority is given to the senior veterans – World War II survivors, along with those other veterans who may be terminally ill. 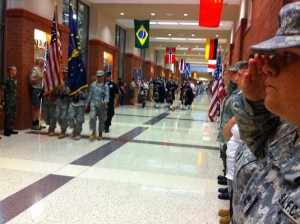 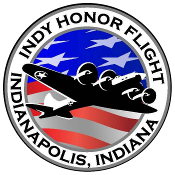