The Perry Township School District rivalry game is one where you can throw out the records and bring on the emotion. That’s exactly what happened at Perry Meridian Thursday night where the Falcons hosted the Southport Cardinals in the annual boys showdown. Southport squeaked out a 9-point victory in a game that was much, much closer. The Final

Congratulations to both teams and schools on a great game. 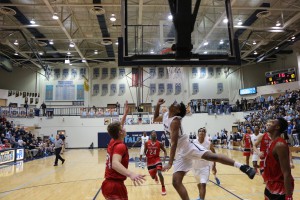