Officers in the Southeast District of the Indianapolis Metropolitan Police Department held their Second Shift Roll Call at Southport 6th Grade Academy Tuesday afternoon. More than two dozen officers met in the library of the school where they were greeted with gifts from the students including artwork and cookies. Principal Kim Campbell and Assistant Superintendent Bob Bohannon welcomed IMPD to the building and thanked them for the work they do in and around the neighborhoods where the students live. Officers took several donated items with them that will be used to pass out to children in need of some encouragement. Perry Township Schools wants to say thanks to the officers for choosing Southport 6th Grade Academy for roll call. For more pictures log onto the Perry Township Schools Facebook page. 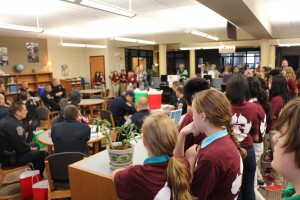 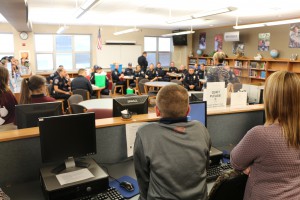 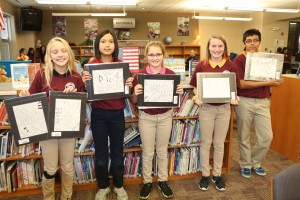