Posted on April 6th, 2016 in General News, News
Mitchell Garrity was the winning pitcher and Jesse Wainscott recorded the save with 2 innings of relief at the newly renovated Holder Field on Tuesday. The sun was bright but temperatures were cold when the Falcons took the field against Whiteland.  The next home contest, for PMHS, will be Tuesday, April 12th at 6 pm against Columbus North.
Congratulations Falcons for getting the first win at the newly renovated Holder Field. Thanks to a donation to the Perry Township Education Foundation the field has a new drainage system that keeps it from flooding, new sod turf and new dugouts.
To see more pictures from opening day at Holder go to the Perry Township Schools Facebook page. 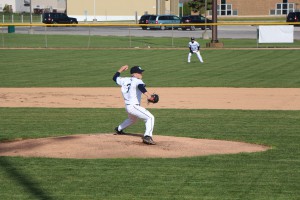 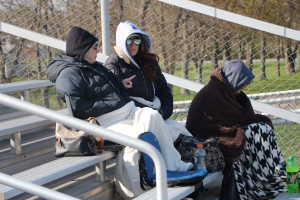 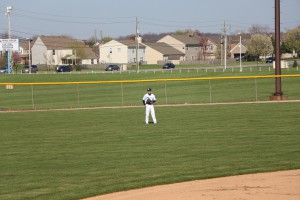 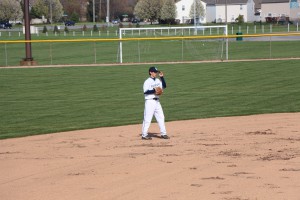 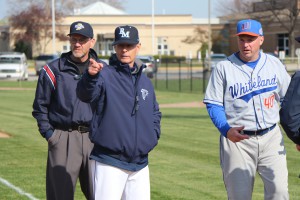