Posted on May 4th, 2016 in Featured, General News
Perry Township Schools, is proud to present USS Indianapolis Survivor, Dick Thelen who will present his experiences on May 19, 2016 in two separate presentations. He will speak to Perry Township students during the school day and we are announcing a public presentation at 6:30 pm, all in the Perry Meridian High School Auditorium, located on the south side of Indianapolis just west on Stop 11 from SR 135.
Mr. Thelen is one of only about 25 survivors still living of the original 317 who were rescued.  This will be a special evening for young and old alike and we want to make it a special evening for Dick Thelen and his family. The Navy will be there to provide an official “piping aboard” as he arrives for the evening presentation.  We would like to invite everyone to join us for this wonderful event. Below is a brief history of what took place on that dreadful dark night in the Pacific over 70-years ago.
The USS Indianapolis (CA-35) Museum Presents SPECIAL GUEST Survivor Richard (Dick) P. Thelen Survivor Richard (Dick) P. Thelen Enlisted in the US Navy March 1945 at age 18 Rescued by the USS Doyle Hometown: Lansing, Michigan
HISTORY OF USS INDIANAPOLIS 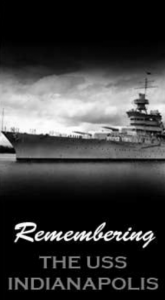 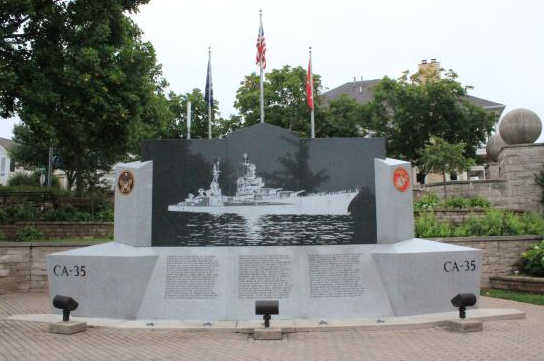 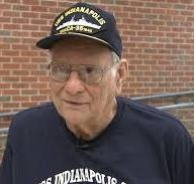