PMHS FEST Ready To Take to the Stage

Perry Meridian High School presents its first theatrical production of the year, Falcon Expressions in Student Theatre (FEST) Thursday, September 1 and Saturday, September 3 at 7 pm in the PMHS auditorium. FEST is an entirely student-driven production. This summer students submitted over 100 original scripts for consideration. Four 20-minute one acts and twelve 1-minute shorts were chosen and handed over to five student directors who held auditions the second week of school. A company of 59 has been working together to bring these student visions to life.

Admission is $5 at the door, and proceeds fund an annual scholarship. Over the previous 4 years, the FEST scholarship has given $8,000 to graduating seniors. 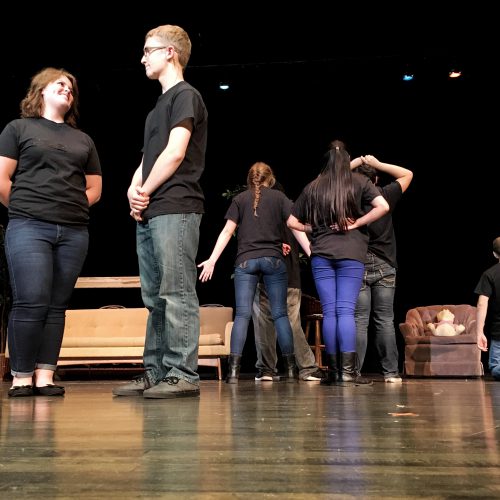