Posted on December 8th, 2015 in Featured, General News
Perry Meridian High School Class of 2014 graduate, Biak Sung, was awarded a scholarship from Independent Colleges of Indiana.  Biak’s essay on “Realizing the Dream” was selected from students at Bethel College in Mishawaka, Indiana. Funded by the Lilly Endowment, Biak was recognized for her first-year achievements as a first-generation college student. She was honored at a banquet at the Sheraton Indianapolis at Keystone Crossing on November 7, 2015.
Information about Independent Colleges: 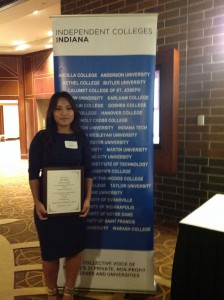 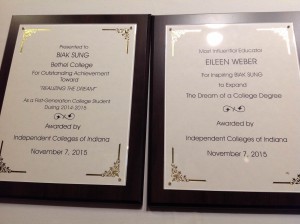 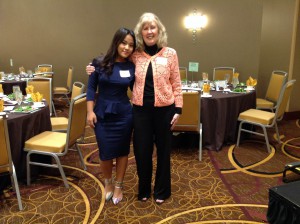