Posted on May 21st, 2016 in Achievements, Featured, General News

Congratulations to PMHS senior, Afrah Ali for being named a Whitinger Scholar at Ball State University.  This award is given annually to ten entering freshmen in Ball State’s class of over 3600 and is considered the most prestigious and competitive scholarship offered.  Whitinger Scholars receive full tuition, room and board for four years. 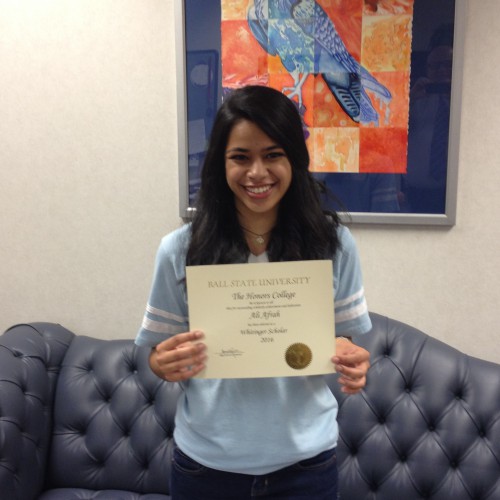