Posted on February 29th, 2016 in Featured, General News
The Southport Fieldhouse was rocking Friday night when the #10 ranked Cardinals hosted #4 Lawrence Central. It was also senior night and senior Joey Brunk made it a special one scoring 33 points and leading the Cardinals to a 78-to-69 win over LC. Guy scored 29 for the Bears.
There was also a halftime Teddy Bear Toss to collect stuffed animals to be given out to children by local hospitals and police departments.
Here are a few pictures from senior nigh at SHS. To see several more pictures log onto the district Facebook page. 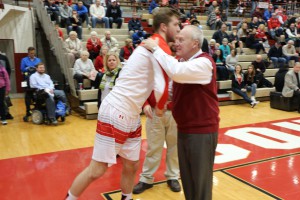 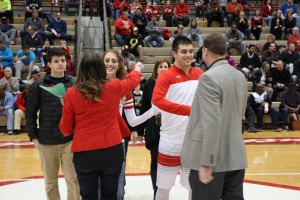 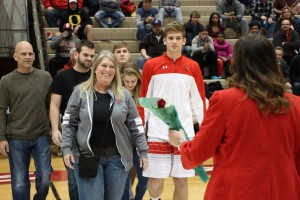 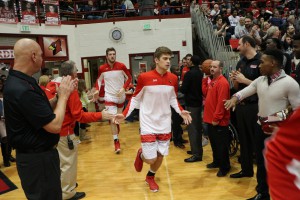 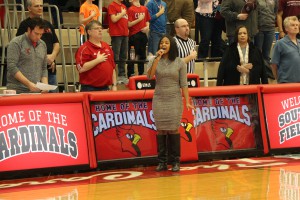 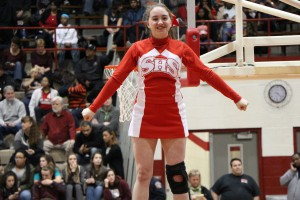 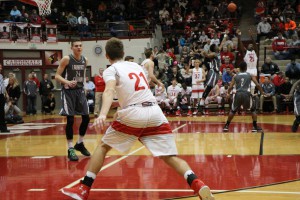