Saturday’s sectional championship in The Historic Southport Fieldhouse was the game it was supposed to be; hard-fought, physical with some great defense. It was anybody’s game until the fourth quarter when the Cardinals started creating some breathing room down the stretch. Thanks to clutch free throws and again stellar defense Southport wins their sectional 63 to 52 over a tough Ben Davis team.

The CARDS now move on to play Connersville in the Regional Tournament but they don’t have to leave the Fieldhouse. They will host the 2016 Southport Regional playing the noon game this Saturday March 12th.

Congratulations to coach Simpson, Principal Brouwer, athletic director Pete Huber and the entire Southport staff for hosting a great sectional and now on to the Regionals. #GoCards!!! 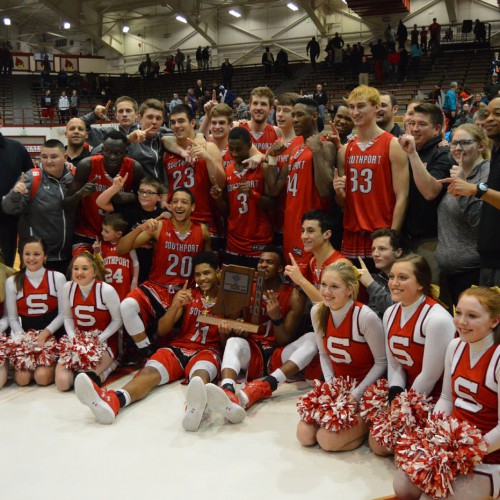