Students continued their learning about potential and kinetic energy in Project Lead The Way (PLTW) today.  They worked in teams to build pendulums and then discussed where the greatest kinetic energy occurred.  Principal Henriott said he is so proud of their teamwork! 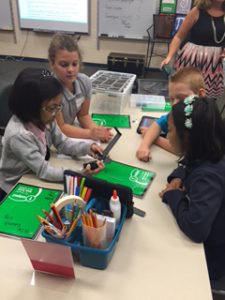