Posted on February 10th, 2016 in Featured, General News
Student Support Manager, Ms. Wise, spoke to Mrs. Clark’s first grade class, at Winchester Village, about teamwork. What is teamwork? What is your part in being a team member? Students learned that teamwork is when a group works together to accomplish a goal. They learned that a group can be as small as two people or as large as a football team.
In the first picture you can see students working toward a goal of moving the hula hoop around the circle without using hands and without breaking the circle.
The other picture shows students playing tug-of-war with a goal to move the other team across a line. 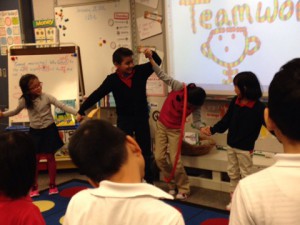 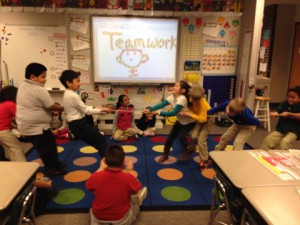