“Fourth graders at Rosa Parks qualified for the first annual “Decimal Olympics” as a culminating activity after finishing a math unit on decimals.  Principal David Henriott donned his official Greek wardrobe to kick off the opening ceremony and light the torch.  Students represented various countries as they competed in four events.  Medals were awarded to the top three countries in each classroom.” 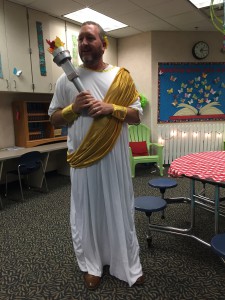 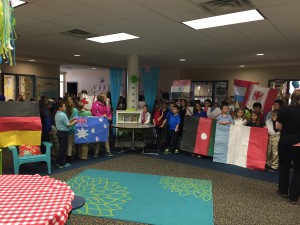